CURELASTOMETER® was developed as the world’s first Frictionless Sealed Roterless Curemeter in 1981. It is used for measuring the vulcanization process for both the curing characteristics in rubber and hardening behavior in resin industries

CURELASTOMETER® Type P is developed for thermosetting resin. It quantitatively characterizes resin curing behavior by measuring gel time and the formation of the 3-dimensional network structure that starts with gelation.

The instrument has an in-house developed feature for tracking cure shrinkage. This controls sample slippage, thus making it possible to test with a high level of reproducibility. Also, the die’s design speeds up the testing process by enabling easy post-test removal of the hardened sample.

It acquires data on the cure rate of thermosetting resins and compounds, including the gel time, cure rate index, and optimal cure time. It can be used to test specimens in various forms, including powders, liquids, and sheets. 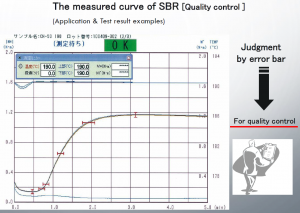 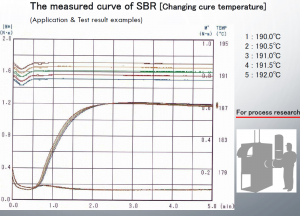